How College Chaplains Became Vanguards For LGBTQ Acceptance On Campus

(RNS) — It was a little after 10 p.m. on a Monday night 40 years ago, when the Rev. Sue Anne Steffey Morrow, assistant dean of the chapel at Princeton University, heard voices from the café in the basement of Murray-Dodge Hall, home to the Office of Religious Life. Intrigued, she followed the voices downstairs to a dimly lit corner of the café, where a group of seven students looked at her with stunned expressions.

“They were gay students who met secretly after campus hours, and they had no name, which was symbolic to their invisibility on campus, and their fear of being called out,” said Morrow, now the school chaplain at The Lawrenceville School in New Jersey.

“They were so surprised when I introduced myself and asked how I could help them,” said Morrow. “Why would the dean of religious life possibly help them?” 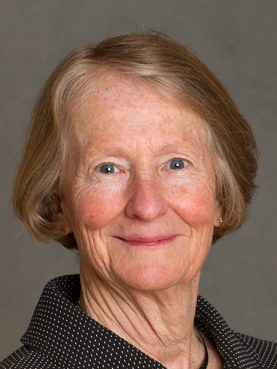 That was 1981, the early dawn of the AIDS era. Over the next few years, Morrow worked closely with Princeton’s dean of student life, as well as an array of undergraduate and graduate students, faculty and staff to bring visibility to LGBT students on campus. She found them a space of their own and hired an intern from Princeton Theological Seminary to manage the space and host LGBT activities, a post that evolved into a full-time professional position in 2001, which became known as the LGBT student services coordinator.

In 1989, Morrow founded an annual “Gay Jeans Day,” on which students who were LGBT allies dressed in jeans to show their support and worked with students to foster activism aimed at getting the national and local government to help in the fight against AIDS.

In 1996, she hosted the first same-sex wedding at the University Chapel — an august neo-Gothic building at the center of campus that belies its modest name — much to the chagrin of conservative students, alumni, and trustees.

“The core message of the Christian gospel is about loving each other and lifting each other up, and that seemed just part of who we were as Office of Religious Life,” said Morrow. “Creating equal, just, safe spaces was then, and now, a part of who I am as a minister and pastor.” 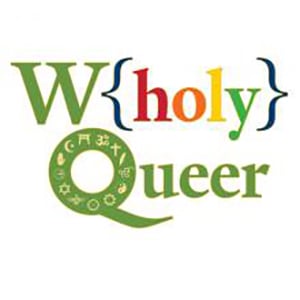 Forty years later, even as some religious colleges continue to seek religious exemption from anti-LGBTQ discrimination laws, it’s common for the office of religious life on American campuses to be a place where LGBTQ students continue to turn to for support.

At Yale University, the university chaplain’s office joins with the office of LGBTQ resources and the Joseph Slifka Center for Jewish Life to host W{holy} Queer, a monthly series where students meet to discuss the intersection between their queer and religious identities.

“Initiatives like these are happening on campuses across our country in different ways, different forms,” said Maytal Saltiel, associate university chaplain at Yale and president of the Association for Chaplaincy and Spiritual Life in Higher Education.

“More and more people are recognizing the need to fulfill these spaces for students who come from diverse faith and nonfaith backgrounds, gender identities and sexual orientations, because that’s what makes them a whole person,” Saltiel added. 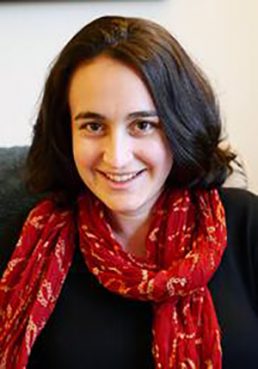 At some universities, however, efforts on behalf of LGBTQ students by offices of spiritual and religious life still meet with skepticism.

In 2018, the Center for Sexual and Gender Diversity at Duke University helped create an intersectional and interfaith space for students to discuss faith and sexuality, which grew out of a Presbyterian campus ministry student group known as Liberating the Faith, now known as the Duke Queer and Trans Christians Discussion Group.

“Honestly, it wasn’t so successful, and we ended up losing people from the group,” says Angel Collie, assistant director of the center, who was a facilitator of Liberating the Faith.

Collie said that students who came from historically conservative Christian backgrounds often found it difficult to be questioning their gender and sexuality while encountering people of diverse faiths for the first time. “It was almost a little too much for them,” Collie explained.

A member of the LGBTQ community himself, Collie said he understands the hesitancy, which he said comes from a genuine place of hurt that LGBTQ people can develop in conservative religious spaces.

“At times it is just as hard to be a person of faith within queer and trans communities as it is to be a queer trans person within some communities of faith,” said Collie. “The reality of the harm and the trauma caused in the past means that there is still a lot of work to be done in real concrete ways.” Putting out welcome signs or simply calling yourself inclusive is often not enough, he said; rather, people must be willing to undergo change by exploring both the sacred and queer identity. 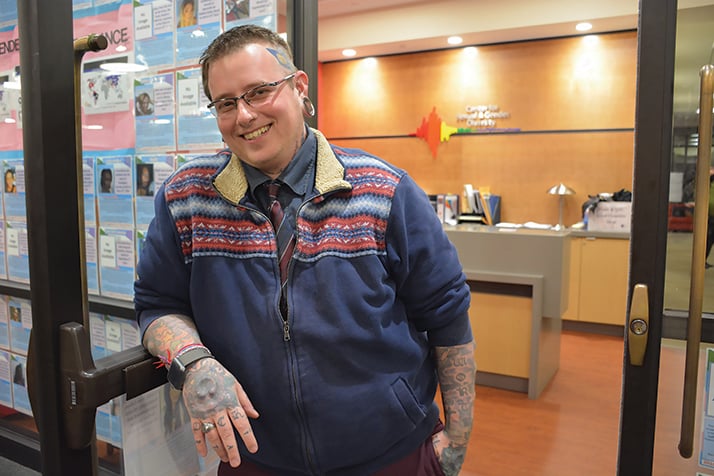 Despite the tensions, Collie said faith communities on campus are making a lot of progress in becoming more inclusive and in accepting of the intersection of faith and sexuality.

At Duke, he said, they “have really been working to brand themselves as a welcoming and inclusive environment through the influence that they have.”

He has equal hopes that LGBTQ people can come to trust religion. Asked what he wanted LGBTQ people to know, Collie said: “I would say that there are spaces for you. There are people who have journeyed through similar paths. And you are not alone.”

#Interfaith is a self-paced, online learning opportunity designed to equip a new generation of leaders with the awareness and skills to promote interfaith cooperation online. The curriculum is free to Interfaith America readers; please use the scholarship code #Interfaith100. #Interfaith is presented by IFYC in collaboration with ReligionAndPublicLife.org.

Lessons from Thich Nhat Hanh, the person who nominated Martin Luther King Jr. for the Nobel Peace Prize and encouraged King to speak out against the war in Vietnam.
Coloring in Consciousness: Exploring the Art of Mindful Breathing

What Vietnamese Zen Buddhist monk and activist Thich Nhat Hanh taught me about the power of mindful breathing through art.
What 13th-Century Christian Theologian Thomas Aquinas Can Teach Us About Hope in Times of Despair

From covering spirituality in Silicon Valley to writing an online newsletter about her own journey to Judaism, reporter Nellie Bowles keeps finding innovative ways to reflect on religion and technology.
Religious Communities Have a Moral Obligation to Make the Internet Better

Six ways religious and spiritual leaders can help the internet serve their communities right now.
11 Hours of Prayer and Solidarity at the Colleyville Synagogue Standoff

At the request of his editors at Religion News Service, Omar Suleiman writes about waiting with hostages’ families.
As Congress Debates, Black Baptist Leader Calls Denial of Voting Rights ‘Evil’

Regardless of what happens on Capitol Hill, the PNBC leaders said they plan to lobby Congress in March and register voters weekly in their congregations and communities.
Martin Luther King Jr.’s Hard Words for White Christians

A day before the U.S. Senate was expected to take up significant legislation on voting rights that is looking likely to fail, Martin Luther King, Jr.’s eldest son condemned federal lawmakers over their inaction.
As Rabbi was Held Hostage, Interfaith Colleagues Gathered to Help End the Standoff

The congregation’s rabbi, Rabbi Charlie Cytron-Walker, is particularly well connected to the larger interfaith community and on good terms with many Muslim leaders.
How MLK Inspires Interfaith Leaders to Continue the March for Voting Rights

King drew criticism from Billy Graham, who told journalists that he thought King was wrong to link anti-war efforts with the civil rights movement.
Indigenous Mormons Struggle to Balance Pride in the Faith with LDS History

Some are calling out historical injustices the church has carried out against Native Americans, even as others find their faith empowering.
The Vote is Sacred. How Faith Communities Can Protect Our Democracy.

IFYC’s Vote is Sacred campaign launched on January 13. Faith leaders, public intellectuals, activists, and organizers are joining to advocate for an inclusive, nonpartisan interfaith approach to restoring and protecting our democracy.
Muslims in Interfaith Bonds are Proliferating. Imams Willing to Marry Them are Not.

One out of five Muslims is in an interfaith relationship, surveys suggest. But few imams are willing to conform the traditional Muslim wedding ceremony to their needs, couples say.
Can We Find Space to Wonder? Kelly Corrigan Thinks Big About Belief

In her popular podcast series, Corrigan invites guests to wonder about 'the elephant in America's living room': belief and religion. 'I hope I have a hundred more conversations like these in 2022 and beyond,' she says.
Pope Francis Hopes ‘Reality Therapy’ of COVID-19 Overcomes Ideological Opposition to Vaccines

In his annual address to the Vatican's diplomatic corps, the pope stressed the individual's responsibility 'to care for ourself and our health, and this translates into respect for the health of those around us.'
The Journey from the Jan. 6 Insurrection to Martin Luther King Day

The very people who have been subject to the worst of the United States have embodied its best.
Since Jan. 6 Attacks, Spiritual Leaders Unify to Combat Christian Nationalism

The Jan. 6 insurrection of the U.S. Capitol drew recent attention to the phenomenon of Christian nationalism, but religious and spiritual leaders acknowledge its existence long before that.
How Interfaith Works on Christian Campuses: 'Be Brave and Move Forward'

A new interfaith curriculum designed for Christian universities and seminaries recently got a test run. One professor who tried it says it's opened hearts and minds: "The desire is very much there."

The opinions contained in this piece are solely the author’s and do not necessarily reflect the views of Interfaith Youth Core. Interfaith America encourages a wide range of views and strives to maintain a respectful tone with a goal of greater understanding and cooperation between people of different faiths, worldviews, and traditions.